Venture on a Kwa-Zulu Natal Wilderness Trail in the sleep-out style pioneered in the 1950s.

Hluhluwe-iMfolozi holds a special place in the history of public escorted walking in African reserves, as it was here that park ranger Dr Ian Player and his friend and colleague Magqubu Ntombela led South Africa’s first wilderness trail on 19 March 1959. Dr Player succeeded in having an area of 12,000 hectares designated as a wilderness zone within the park – a first on the African continent – and today it continues to boast the most authentic wild trail experiences available in any South African national park.

While working in the park in the early 1960s, Player established the non-profit Wilderness Leadership School (WLS) with the goal of incubating a love for the wilderness in future leaders. In the beginning, the WLS brought groups of school children on trails in St Lucia Reserve and what was then the Umfolozi Reserve. Headquartered in Durban, the WLS today continues to operate Kwa-Zulu Natal Wildermess Trails in exactly the same way as Player did, and has extended its operations to reserves in other parts of South Africa and Botswana.

The WLS operates trails year-round, but more frequently in the peak season of May to October. The school supplies all necessary hiking kit, and participants need to be prepared to carry a heavy pack. Food is included, and meals are of a high standard.

The most popular WLS trail options are four or five nights and pricing includes transport from Durban. The group sleeps out under the stars, taking turns for a solo night watch by a small fire. 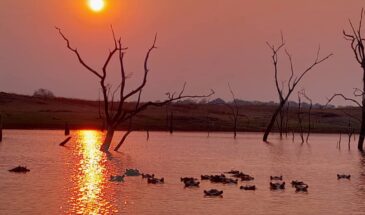 Embark on a walking adventure in Matusadona National Park, a rare opportunity to hike and camp in Zimbabwe’s most scenic big game habitat. 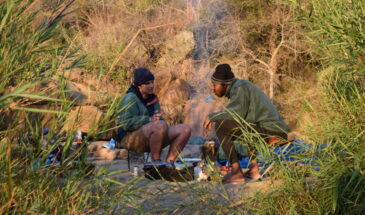 Sleep out under the stars in Kwa-Zulu Natal’s greatest wilderness. 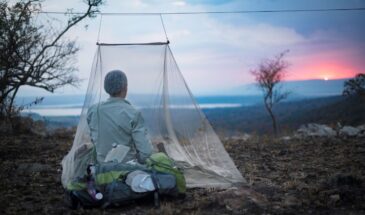 Five nights on foot in the wilderness of Akagera National Park, sleeping out under the stars.