Walk to overnight in a cave overlooking Bushman’s River as part of a stay in Amakhala Game Reserve.

Amakhala Game Reserve has the full range of iconic African wildlife including lion, elephant, rhino, buffalo and leopard as well as cheetah, giraffe, zebra, wildebeest and plenty of antelope species. Well located in the Eastern Cape less than an hour's drive from Port Elizabeth International Airport, it is the ideal safari destination to combine with a tour of the Garden Route.

Uniquely for the Cape reserves, Amakhala offers a guided walking safari that includes a sleep-out in the wilderness. Guests shelter overnight in a small cave, just as humans have done in this part of Africa for tens of thousands of years. This fly-camping option is available as part of a three night stay, with the other nights spent in the comfort of Quatermains 1920's Camp.

The cave camp has stretcher beds, chairs, a water refill point, and a porta-loo facility. Breakfast and dinner are provided - a venison steak, a jacket potato, butternut, and a mushroom sauce dinner, and a bacon and cheese and onion rooster brood for breakfast. Special dietary requests should be sent when booking.

There is not too much to carry on the walk, just water, snacks, a sleeping bag and any overnight toiletries. As tents are not used, walkers take their turn in performing watch duty during the night (a great time to reflect and watch the stars).

Read more about this experience in this news blog.

The walking time to and from the fly-camp camp is approximately 6 hours and the terrain isn’t too challenging. There is plenty of time to stop along the way to investigate every aspect of the ecosystem, including all the smaller things that are easy to miss when driving. The fly-camp cave is accessed via a series of ladders, so some moderate climbing will be necessary. 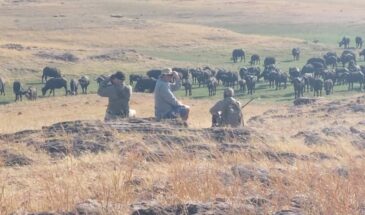 On an itinerary designed for walkers, explore Zimbabwe’s best wildlife destinations and maximise time on foot in the bushveld. 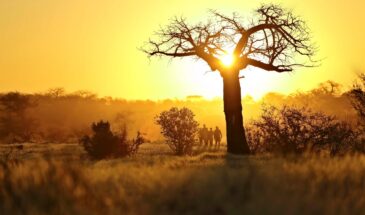 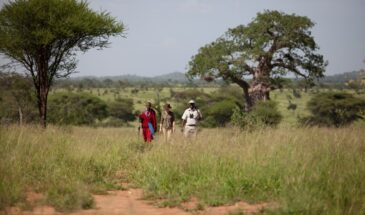 Mix guided walks and game drives while staying at the unique Treetops lodge in Tarangire.