Stay at the leading dedicated trails camp in Timbavati in the Greater Kruger, enjoying daily walks in a wildlife-rich private reserve.

The main geographic feature of the reserve is the Klaserie River, a tributary of the Olifants River. It is dry, except in times of prolonged rainfall in the catchment along the Mpumalanga Drakensberg escarpment.

Africa on Foot’s headquarters are near the Klaserie River, where a rustic camp has five brick chalets, two of which are family units. There’s a fun treehouse option a little distance away at no extra cost. The camp has an elephant fence, but smaller animals come and go freely. In keeping with its wild credentials, the camp does not have electricity, but solar power is provided for charging devices and room lighting. Water is gas-heated. There’s a camp bar with a selection of local beers, wine, soft drinks and spirits, and gas-powered refrigeration. Walking activities are included in overnight tariffs.

From the base camp a pair of guides take guests on two- to three-hour walks in the mornings, and game drives in the afternoons. In summer, rising time is 05:00 and in winter 05:45, with walks returning to camp by 09:00 for breakfast. The walks take place in an area with high wildlife density, and guests often encounter elephant, rhino, buffalo and giraffe. The daily combination of walks and drives provides a good variety of experiences, with the chance to get much closer to big game on the drives. As the drives continue after sunset, it’s also an opportunity to spot night predators, including leopard and hyena. 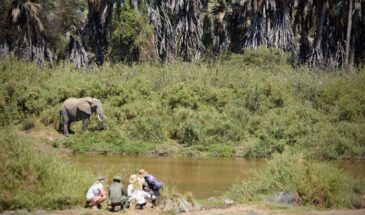 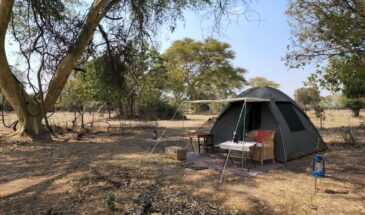 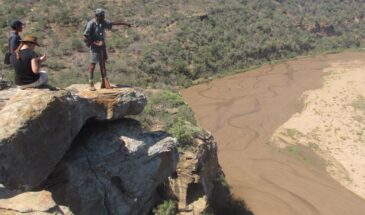